The Face Behind This Blog 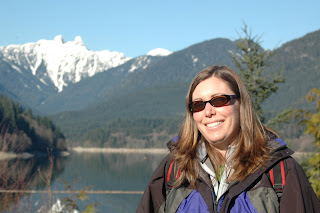 Meeyauw tagged me with The Face Behind The Blog meme. This meme is also very intriguing me because of its origins.

David Airey began this meme in May 2007. It is growing and he is keeping a record of its growth around the world. My interest? Graph theory. It would be grand to mathematically graph the growth of this meme.

Step 1: Post a short article with you photograph(s).
Step 2: Include links to other people that have displayed a photo, or include their photos in your post, adding a reference. Include a link back to Airey's post.
Step 3: Tag as many others as you like in your post to spread the meme.
Step 4: E-mail Airey and he will list you on the original post. (This step is not required but unless you do this step, the whole point of the network is gone.) 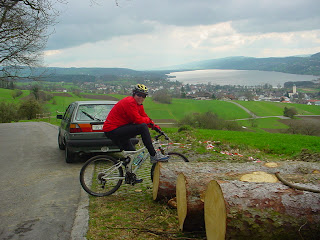 This is me on an awesome Specialized bike My great friend Pascal got for me as a demo one beautiful day in wintery 2002. This is also the area where I swam a few times and was living for a while in Canton Aarau. 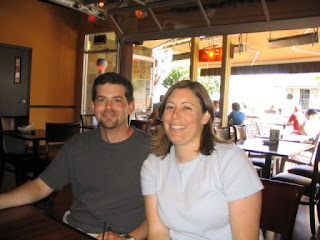 And a Final one of P and I together in White Rock.